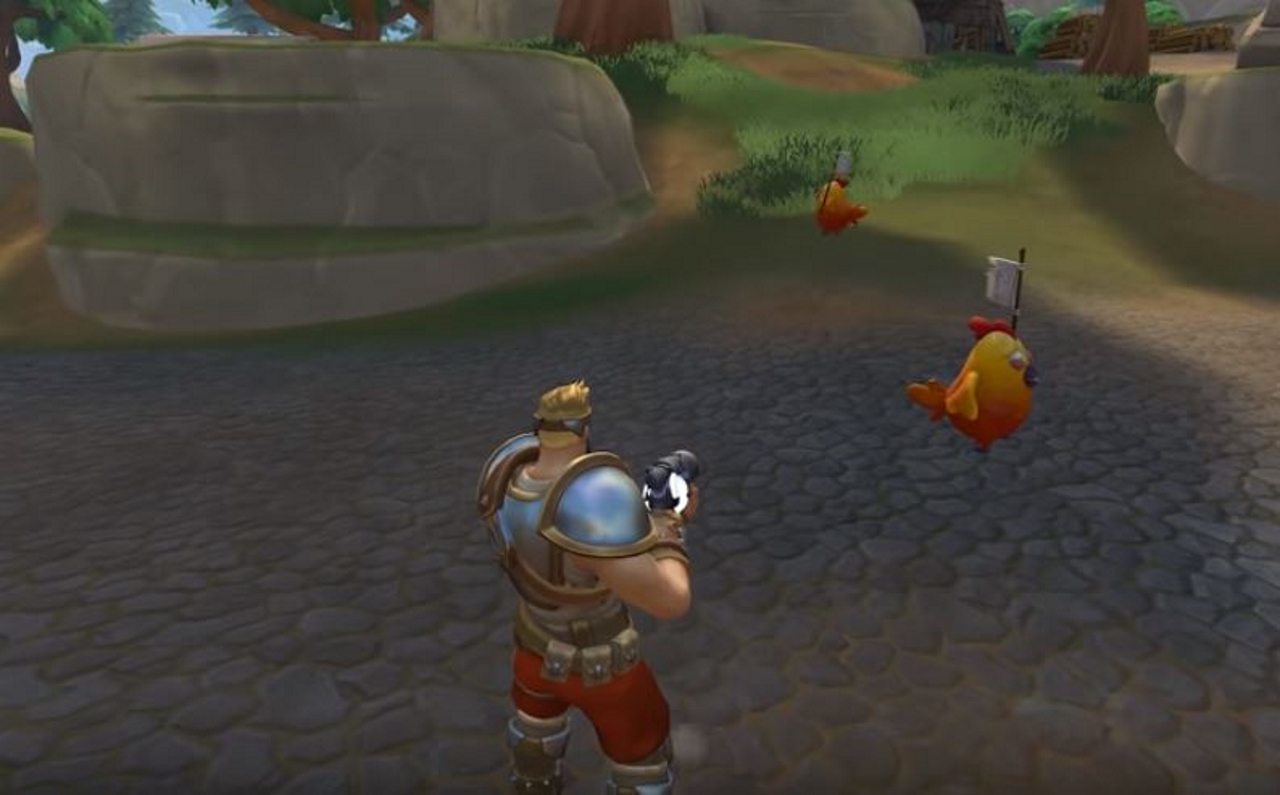 Our Realm Royale Duo Tips, Tricks and Strategy Advice article contains a list of the best ways to get kills, survive and ultimately increase your chances of earning more Crown Royales in duo queue.

Stepping into a match of Realm Royale with a friend in tow is an entirely different experience to one where you’re out in the battlefield fending for yourself. It’s no less intense, but you’ll be able to share the sweet embrace of death as a clucking chicken and crucially, information.

We’re huge fans of duos in Realm Royale as it’s a test of communication and coordination between you and your partner which determines the success of fights – it’s not all about who’s got the best aim. So long as you’re delivering details on enemy positions, what they’re wielding and more, you’ll be in a good position to take the Crown Royale.

Playing duos has its own dynamic that’s unlike both solo and squad matches, so we’ve put together a guide below that’ll help you get better at working as a partnership and get to donning the Crown Royales.

When you’re done here, our comprehensive Realm Royale guide contains everything you could possibly need to know about the game!

Here’s a list of some invaluable do specific advice that’ll cover quite a few things that you’ll want to take note of when playing with an ally.

That concludes the first edition of our duos guide but we’ll be expanding on it as we get some more hands on time with the game. Stay tuned!